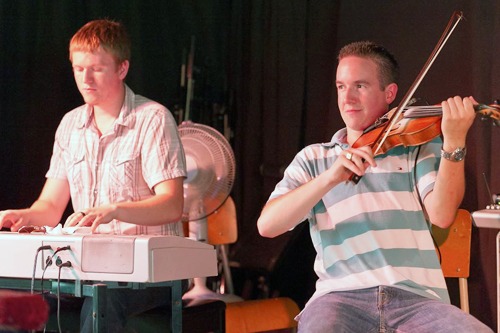 Isaac’s interest in piano became obvious when he would try to make music on his Grandmother Fraser’s piano, so his dad showed him some simple chords. He later enrolled in music lessons with Marianne Jewell, playing at local gatherings and other events. It was evident Isaac was going to be part of the entertainment scene accompanying his brother Robbie. Isaac is a member of the Cape Breton Fiddler’s Association and most often performs with Robbie for concerts, square dances and other events.