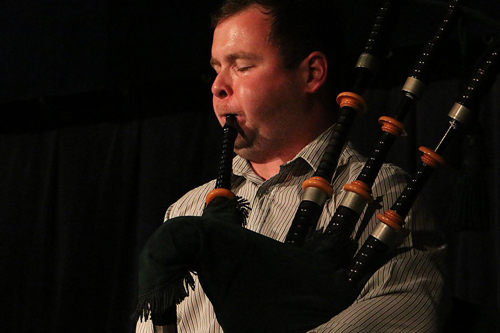 Keith MacDonald is a piper from Foot Cape, Cape Breton. He has been piping since a young age and grew up with piping all around him. Keith received lessons at the Gaelic College over the years, which gave him a lot of guidance as a young player. Influential instructors such as Bruce MacPhee, Ryan MacDonald, John MacLean, Mark Stuart, Andy Rogers, John MacPhee, and Alasdair Gillies taught and shared a wealth of knowledge. Most notably was Robyn Whitty, who taught Keith privately for several years and helped him develop as a competition piper. Keith has taken an interest in the Cape Breton piping tradition. His band “All Fired Up” often features the pipes playing traditional Cape Breton tunes alongside the fiddle. Keith has been playing with the Dartmouth and District Pipe Band competing locally and internationally. He is also a member of the group “Nuallan” which involves 3 sets of pipes playing the Cape Breton piping style.