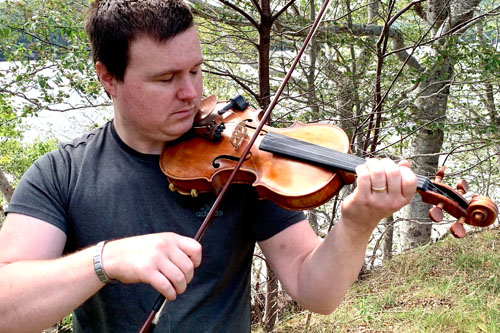 Doug has studied and performed Cape Breton fiddle for most of his life, inspired from toddlerhood by his grandfather, legendary Bill Lamey and broadened by studies in Classical, Cape Breton, and Traditional Irish music at the Wheaton College Music Department (Norton, Massachusetts), the Gaelic College (St. Ann’s Bay, Cape Breton), the Ceilidh Trail School of Music (Inverness, Cape Breton), Boston College's Gaelic Roots Summer School, and The Valley of the Moon Scottish Fiddling School (San Francisco, California). During this period he played in innumerable ceilidhs, concerts and dances throughout the Greater Boston area, including venues such as Club Passim, ICONS, and BCMFest. Doug has also performed on stages at festivals such as the Lowell Folk Festival, Celtic Colours International Festival, the Washington D.C. Irish Festival, and the New Hampshire Highland Games. He recorded a CD in 2009 as a member of the band Tri (“Among Friends/A-measg Chàirdean”), and has been on Brian O'Donovan's Celtic Sojourn - WGBH Radio Boston, as well as NECN's CoffeeHouse and Bob MacEachern's Highland Fling on 101.5 The Hawk, Port Hawkesbury, Nova Scotia. Upon his move to Cape Breton, Doug celebrated with a solo album, "A Step Back in Time." Doug currently resides in Glendale, Cape Breton with his family, playing his violin at ceilidhs and venues across the island. He is available as a band musician or solo performer, and gives fiddle lessons to students of all ages. 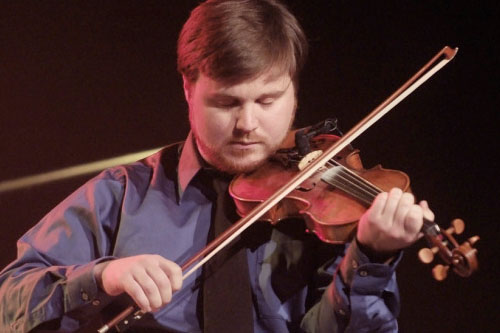