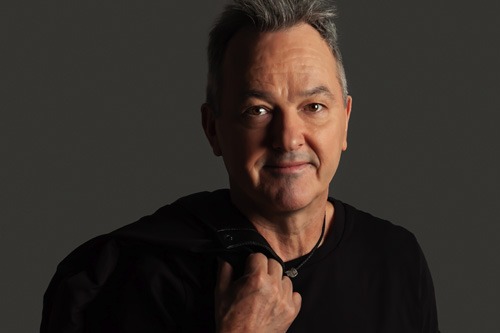 One of Eastern Canada's best-known songwriters, Jimmy Rankin's heartfelt folk-rock storytelling is deeply ingrained in the fabric of Nova Scotia, where he began his career in the late '80s as part of Cape Breton's beloved sibling band the Rankin Family. He helped pioneer the group's Celtic-inspired folk-pop sound in the '90s, writing Rankin Family classics like "Fare Thee Well Love" and "North Country" before becoming a highly visible solo act in the 2000s. With albums like 2001's Song Dog and 2007's Edge of Day, Jimmy expanded his East Coast folk-rock palette to include more distinctive country and roots rock elements and picked up numerous SOCAN, East Coast, and Canadian Country Music Awards along the way. He even moved to Nashville where he made his Juno-nominated 2011 highlight, Forget About the World. Following a Music City tenure that yielded three albums, Jimmy eventually returned to Nova Scotia and recorded the Maritime homecoming album, Moving East, in 2018. In the Cape Breton town of Mabou where he was born, music was the communal language of the Rankin clan, and like most of his 11 siblings, Jimmy played every month in the local ceilidh, learning the traditional Celtic tunes brought over from by the island's original settlers from Scotland and Ireland. Initially a loose coalition of various family members gigging around the island, by the late '80s, a core group including Jimmy, older brother John, and sisters Raylene, Cookie, and Heather had officially banded together under the Rankin Family name playing a mix of Celtic-inspired folk-pop originals and traditional Cape Breton fare. As a guitarist, singer, and songwriter, Jimmy's contributions were a core element of the Rankin Family's sound and subsequent mainstream popularity throughout the 1990's. He wrote many of the group's best-known songs including "North Country," "You Feel the Same Way Too," "Mull River Shuffle," and the Juno Award-winning "Fare Thee Well Love."