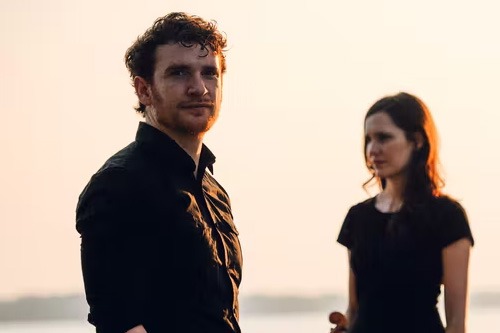 Calum, a Mabou native, comes from a family of musicians steeped in the music of his homeland. He grew up in a home where Gaelic was the language of choice and was always surrounded by traditional music and song. Calum took up piano and fiddle at a young age, and is most commonly seen performing along side musical brothers Kenneth and Angus. He is also Gaelic College alumni. Ronald, Calum’s father hails from South Uist, Scotland and his mother Maureen from Mabou, both cultures having great influence on his music. He counts Mac Morin and Troy MacGillivray among his piano idols, and many Cape Breton fiddlers his playing; from John Morris Rankin and Ian MacDougall, to Buddy MacMaster and Shelly Campbell. He’s been fortunate to play with and accompany many local artists both at home and abroad, and perform with well-known international musicians at festivals in Canada, Scotland and the Caribbean. A versatile pianist, he has also dedicated time studying under the Royal Conservatory. Calum, along with his fiddle-playing wife Alexis MacIsaac, are now based in Ottawa and have recently recorded and produced their debut album, The Bay Street Sessions.