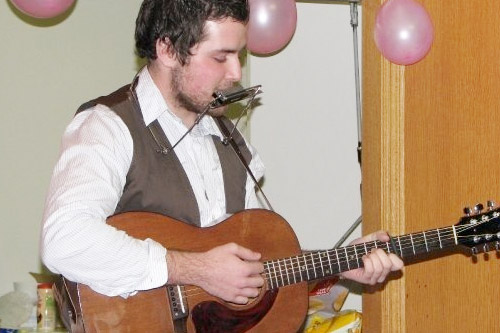 Peter MacInnis of West Mabou plays in a band called Beech Hill, which is an acoustic, folk and rock band from Cape Breton Island that blends rich harmonies and catchy melodies with a groovin’ bass and drums. The band writes and plays music that speaks to both the young and old about love, life and living in Cape Breton. Peter is also very comfortable on stage as a solo artist. He has a soft tone and easily accompanies himself on guitar. In either setting, Peter quickly wins over audiences wherever he performs. He can also be found now as a regular cast member of Cape Breton's Summertime Revue, showcasing his brilliant comedic writing and acting skills.