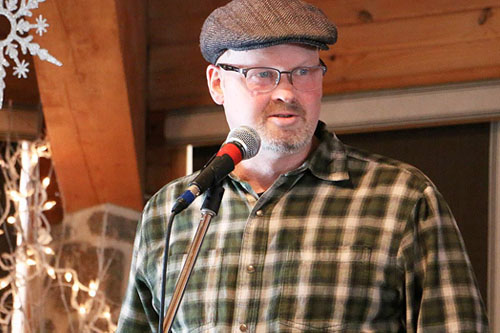 Jeff MacDonald (Goiridh Dòmhnullach) hails from Kingsville, Inverness County, Cape Breton. A Gaelic singer, composer, storyteller, and educator, he has learned from some of Cape Breton's best Gaelic tradition-bearers. His extended family, the MacDonalds of Queensville (Sìol Dhùghaill), is widely known for their musicality (three of the family, all first cousins, are included on this compilation). Jeff has performed in Scotland, Ireland, and across Canada. Tàladh na Beinne Guirme ("The Blue Mountain's Lullaby") was composed by Jeff (as mentioned, from Cape Breton) and Brian ÓhEadhra (from Ireland) as a result of their meeting during the 2004 Celtic Colours festival.