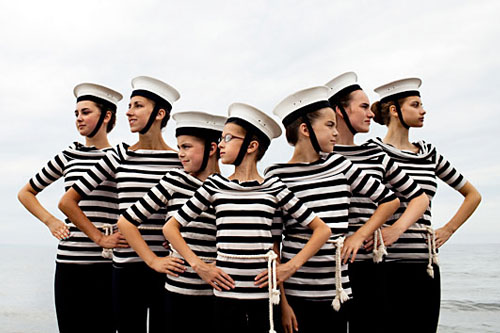 Sabra MacGillivray is the founder, director and choreographer of the Celtic Touch Dancers, a lively group of award-winning highland and step dancers based out of Creignish, Cape Breton, Nova Scotia. Sabra’s choreographies have garnered them 1st and 2nd placings at the provincial and national level. They have had the honor of performing with some amazing musicians such as Troy MacGillivray, Andrea Beaton, Mary Jane Lamond, Wendy MacIsaac, Ashley MacIsaac, The Outside Track, and Carlos Nunez, just to name a few. They have performed with such artists at the Celtic Colours International Festival in Cape Breton as well as the Re-jigged Festival in Halifax. They have performed at Walt Disney World in Florida on two different occasions. They have also made appearances at the Halifax Waterfront Series, Loon Mountain Highland Games in New Hampshire, Broad Cove Scottish Concert, Kintyre Farm Scottish Concert, Port Hawkesbury Ceilidhs, and many other local concerts and festivals. The Celtic Touch Dancers have traveled to Scotland twice to compete and perform, and most recently performed at the Pitlochry Highland Night concert series and had the great honor of performing at the Royal Concert Hall in Glasgow, Scotland. The Celtic Touch Dancers are very excited to be a part of KitchenFest! this year!