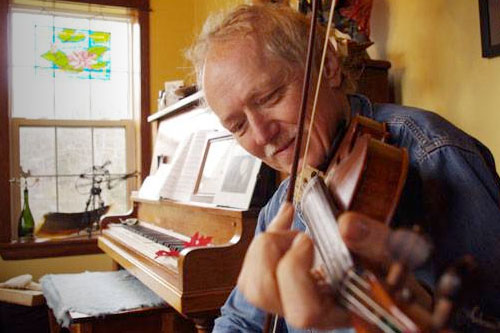 Over the years fiddler Paul Cranford has published thousands of tunes, both old and new, in books, and online. His contributions to traditional music are widely recognized and in 2015, he was named Patron of World Fiddle Day. Now retired, Paul spent 34 years as a lighthouse keeper. The isolation allowed him time to practice, to research older music and to compose. During his months off the light, he traveled Cape Breton widely, visiting and staying in the homes of dozens of older musicians who took time to teach him. A prolific composer, Paul’s tunes are played in sessions world-wide and can be heard on many recordings. His book, The Lighthouse Collection, features over 250 of his original melodies. A publisher for almost 40 years, his most recent collaborations include "The Celtic Colours Collection", a book celebrating music made at and for the festival during its first 15 years, "The Cape Breton Scottish Collection" and "The Cape Breton Highland Collection", are compilations which reflect older Scottish music played in Cape Breton.